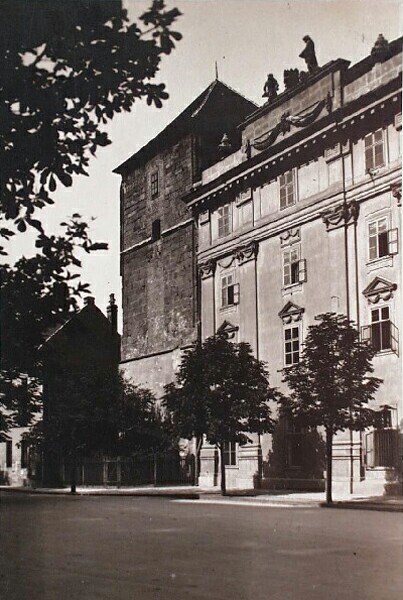 This was one of Buda's earliest buildings, constructed right after the founding of the city under royal patronage. It was most likely completed as early as 1252, and in 1254 a chapter for the order was being held here. In 1301 affairs of state were played out in the building: Nicholas Bocassini, the Bishop of Ostia and Papal Legate, who was acting to further Charles Robert's ambitions for the throne in Buda, stayed here. From 1304 to 1305 a provincial grammar school operated in it. The golden age of the college (studium generale) was under Matthias Hunyadi whose intention was to develop it into a university. Famous foreign professors taught within its walls.

The building was severely damaged during the siege of 1529-1541. The church and tower remained relatively intact during the Turkish period and it is probable that at an earlier stage it had operated as the djami of the pasha Hüszrev who is mentioned in historical sources. Later, during the Baroque period, construction work was carried out on the area north and south of the church's ruins: a food storage building was set up on the site of the ministry, while a college was built on the site of southern buildings. The remains of the church and its tower were subsequently joined to the site occupied by the college. 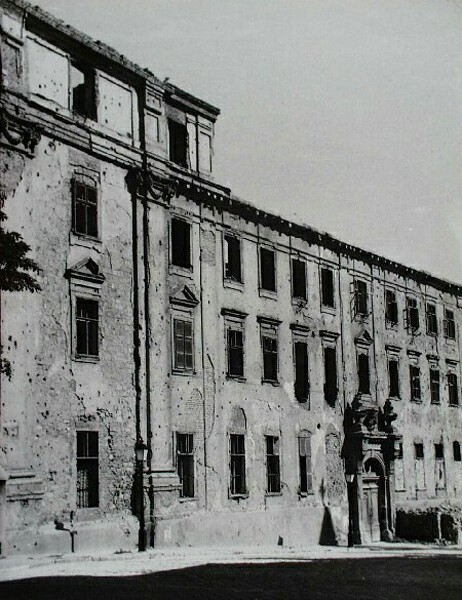 The chancel of the church again came to light in 1902 as a result of excavations related to the construction of the Fisherman's Bastion. From 1924 to 1926 the four-storey ruins of the Saint Nicholas - or rather Nicholas Tower were restored in Gothic style. A reproduction of the Memorial to Matthias Hunyadi was placed on the facade of the tower. In 1942-1943, when the gym of the neighbouring school was pulled down, the remaining northern wall of the church appeared in a relatively good condition. In 1958 a preliminary archaeological excavation was performed, then in 1962 comprehensive excavations of the area commenced.

The church was an example of the simplistic design of the period: it had a rectangular nave with a rectangular, narrow and short chancel attached to it on the east. The first monastery building joined to the church from the north may have been a quadrangle monastery typical of the period, with a courtyard and cloisters. The eastern and northern parts of the monastery underwent extensive rebuilding at the beginning of the 14th century. The large scale hipocaustum-furnace appeared in the cellar of the new north wing: it provided heating and it can be presumed that the ruins of the provincial grammar school saw he light of day here. 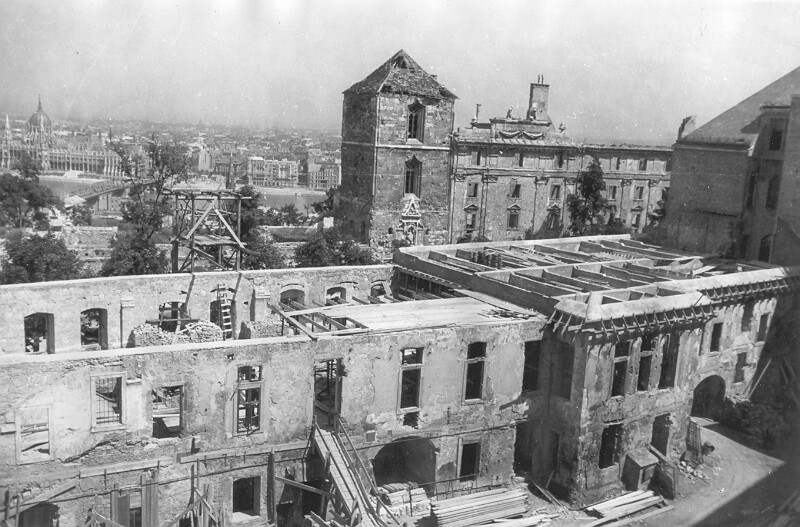 In the 15th century another section was built to the east of the monastery's eastern wing, which also comprised another chapter house. It was at this time that a curb was built above the well in the cloister, on which among others the coat-of-arms of Mátyás Hunyadi and Imre Szapolyai can be seen. At the same time the church's massive Saint Nicholas Tower was erected. To the north of the ministry the order's grammar school was enlarged with two new buildings. However, the building complex - with the exception of the church - gradually fell into decay during the Turkish period.

Today a part of the remaining ruins excavated in the 20th century is incorporated in the Hilton Hotel building. Worthy of especial note are the splendid remains of the former church separating the two parts of the hotel in the form of a courtyard. In 1975 the Monument to Julianus which had formerly stood on the Fisherman's Bastion was set up in front of the former chancel.