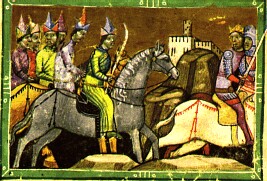 The monument sculpted by Károly Antal was originally placed in the Fishermen's Bastion in 1937. It was moved to its current location in 1975 on the northern wall of the sanctuary of the former Saint Miklós monastery church. The statue was made to commemorate the monks Julianus and Gerardus (Gellért), who set out on a quest in 1235 to find the Hungarian land of origin. The occasion for erecting the monument was the 700th anniversary of the second journey of Julianus (1237). The composition shows two monks: the standing Julianus pointing towards the East, and his friend Gerardus, in kneeling position, on his right. Beneath the figures a Latin inscription can be read: FRATRES JULIANUS ET GERARDUS EXPLORATORES MAGNAE HUNGARIAE 1235-1238 (Julianus and Gerardus the monk brothers and explorers of Magna Hungaria). The brief story of the monks' journey is described on six small tablets inside the sanctuary wall, in Polish, Italian, Hungarian, German, French and English. 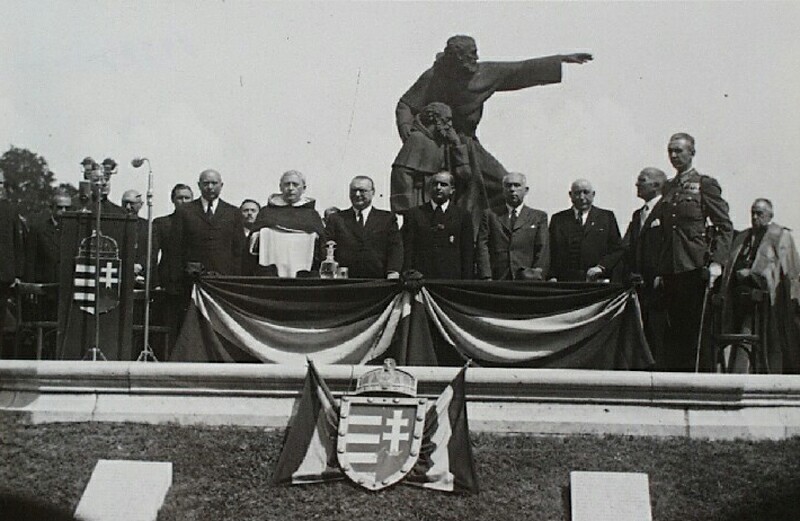 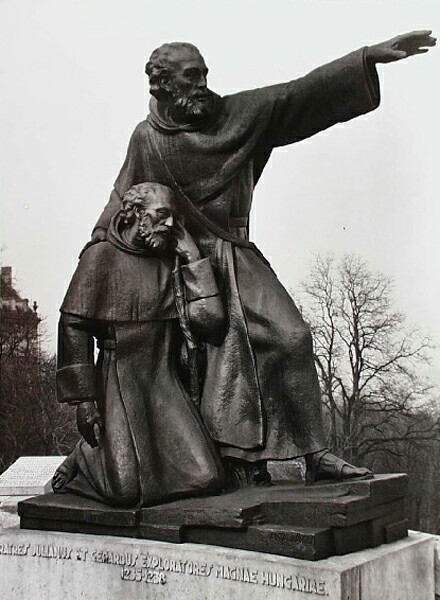