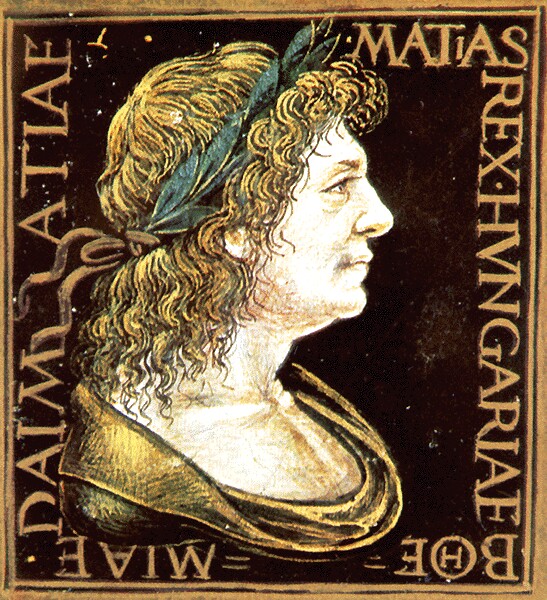 The reconstructed version of the carved memorial of Butzen - which was originally commissioned by the German town in 1486 in honour of the Hungarian king Matthias (1458-1490) - can be seen on the western frontage of the Saint Nicholas Tower. Only the middle panel of the original winged-altar made in alto-relievo remained on the gatehouse of Butzen, and Kálmán Lux carried out the reconstruction of the wings based on an illustration from 1715. In the pedimented middle section of the memorial the armoured figure of King Matthias is sitting on the throne with Gothic architectural elements - e.g. a baldachin - in the background. On the pediment above the king's head the crown, and the Hungarian and Czech coat-of-arms can be seen. At the right and left edges, the family coat-of-arms and the coat-of-arms of provinces conquered by the king are carved: Bosnia's, the Hunyadi family's and Styria's on the left and Klagenfurt's, Austria's, Silesia's and Lausitz's on the right. Above the middle the following inscription can be read: MATHIAS REX ANNO MCCCCLXXXVI SALV (King Matthias in the year of redemption 1486) 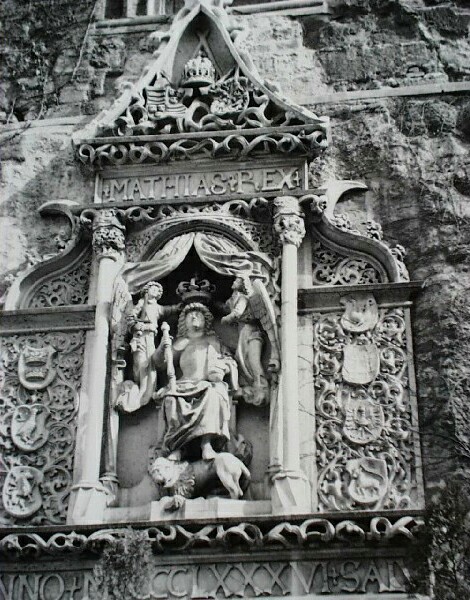 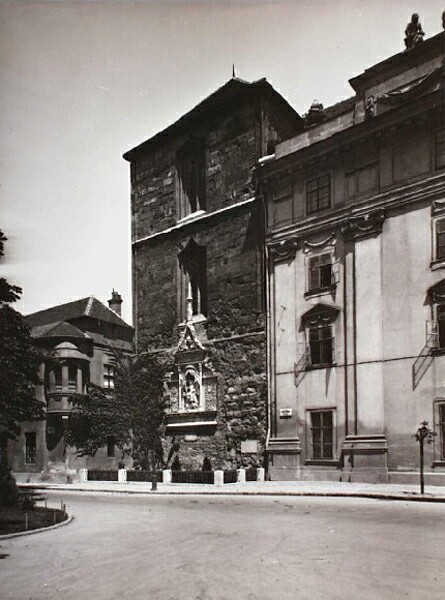