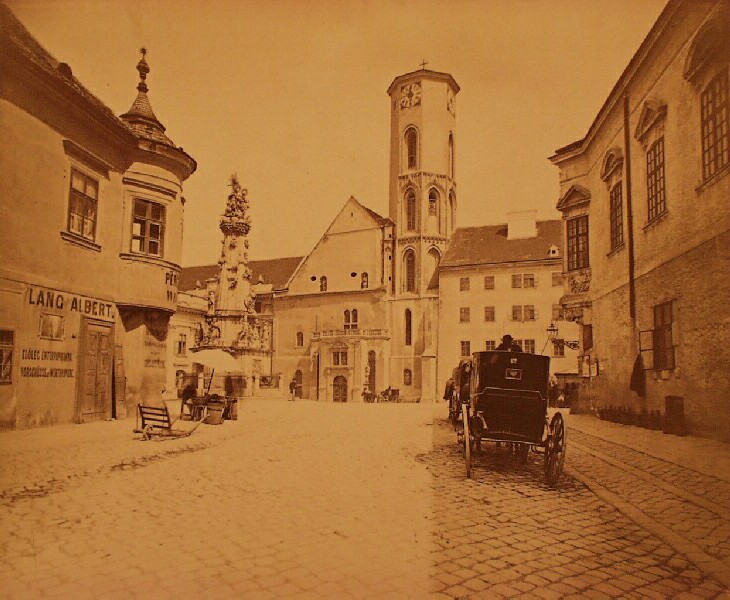 This is the most significant square of the Buda Castle District, and was built at the junction of Tárnok, Szentháromság (Holy Trinity), Országház (Parliament) Streets and Hess András Square. As far as its origin is concerned the Square cannot be considered old, since right until the end of the Turkish occupation (1686) a block of houses used to stand on the same site. During this time the Town Hall and the Nagyboldogasszony (Church of Our Lady) parish church (today: Matthias Church) were connected merely by a narrow lane, and there used to be a row of houses located directly in front of the church.

The re-building of the town began by making the frontage of the parish church visible and by opening the area between the church and the Town Hall after demolishing the block of houses. Following the 1691 plague epidemic, the Holy Trinity Column was erected in the middle of the Square between 1700 and 1706 (which was later relocated to Zsigmond Square in district II.). The Holy Trinity Column, - the current form of which is already a transformed version - was erected between 1710 and 1713 after another plague epidemic. (the memorial's original sculptures can currently be viewed in the Kiscelli Museum of Óbuda and they have been replaced by replicas on the memorial).

The square as we know it today is very different from its original Baroque form, due to the town's replanning and the reconstruction work that ensued after World War II. The parish church was lead by the Jesuit Order during the 18th century, this is when the monastery to the northern side, and the three-storey building of the seminary to the southern side were attached. The Baroque style Town Hall was erected at the corner of Tárnok and Szentháromság Streets. The well fed by spring-water (the statue of the town defender Pallas Athene) was completed in 1718. An old burgher's house and the side facade of the Jesuit Academy faced the northern side of the square. 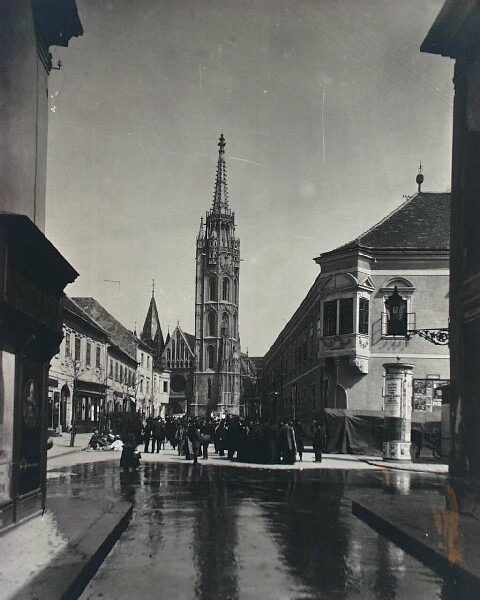