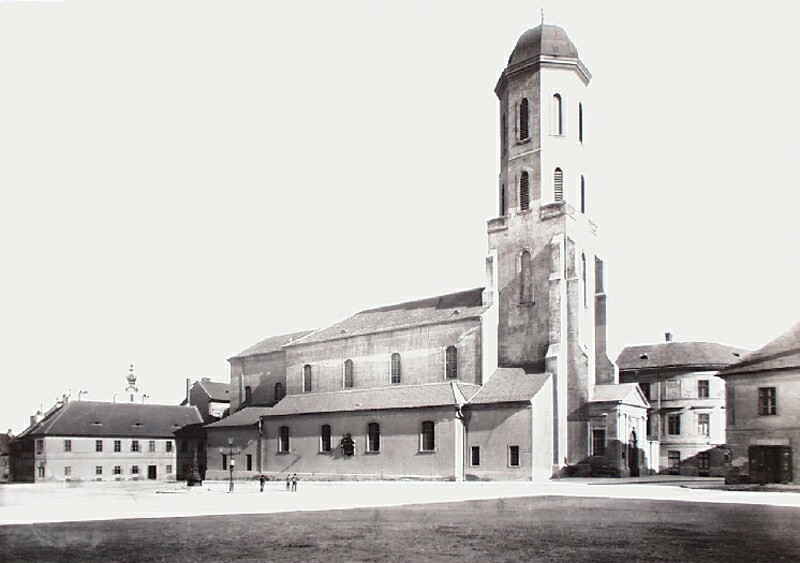 The oldest edifice of the Kapisztrán Square is the late-Gothic style Magdalena Tower. In its original form it was built by the Hungarian community of the town at the end of the 15th century to the western frontage of the three-nave building of the Maria Magdalena Parish Church.

The parish was formed in the middle of the 13th century right after the town's foundation, and was considered as the chapel of Nagyboldogasszony (Church of Our Lady)-parish (Matthias Church). According to archaeological excavations the first church was a small, single-nave building with a square-ended chancel. A series of alterations were finished by the end of the 15th century, this is the time when the late Gothic-style church consisting of six vault-sections and with an expanded chancel was completed with a five-storey tower on its western frontage. During the Turkish occupation it was the only Christian church in the castle shared by Catholics and Protestants. During the Fifteen Years War (1591-1606) the building was taken away from the Christians and became known as a Muslim worship place called Fetih (Victory) and Szaar djamis. 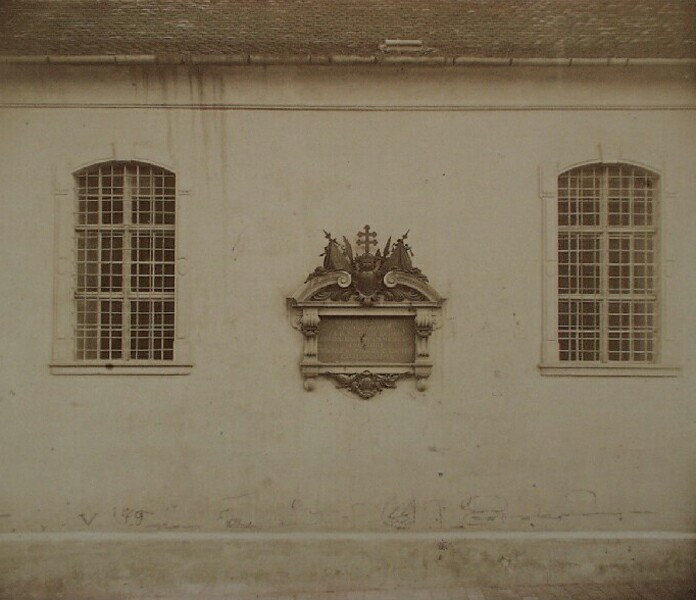 In the siege (1686) which resulted in the reoccupation of the town the church was seriously damaged, only the tower remained in a usable condition. The church was re-built by the Franciscan order. After pulling down the Gothic remains a new Baroque-style church and a monastery were constructed, while the medieval tower was repaired in a Baroque style. The short life of the Franciscan order was ended by Joseph II., who ordered the closing down of the monastery and the church and the conveying of the rich furnishing. In 1792 Francis I. was crowned as Hungarian King in the church that was still not in use and stood empty for years afterwards. In 1817 it was given to the Buda garrison for worship, this is where its name "garrison church" originates from. The tower's characteristic ridge and the Christening Well at the bottom of the tower are also from this time. At the end of the 19th century during the reconstruction work of the Main Coronation Church (Matthias Church), the parish and most of the Baroque-style furnishing were moved here. In 1920 it became the church of the Roman Catholic Military Bishopric, Giovanni da Capestrano being its patron saint ever since.

During the siege in 1945 the building was severely damaged. Vaults of the nave and the sanctuary collapsed and a bullet went through the fourth floor of the tower. Although the repair work began immediately after the siege, a full restoration didn't take place. By the cessation of the military bishopric the church was left without a maintainer. The reconstruction of the tower which suffered serious damages began in 1950 and at the same time the church building was pulled down.

A Baroque Classical porch leads inside the tower, which used to be the former main entrance of the church and which was made on the occasion of the coronaation of Francis I. From the porch few steps lead through an ornamented late-Gothic gate down to the lower storey of the tower which is covered by a star vault. From here, on each side smaller size doors open into the reconstructed chapel. The former churchyard (today an archaeological park) is sealed off by a glass wall, while the storeys can be reached through the reconstructed spiral staircase. The first floor area used to be the organ-loft in the former Gothic church, which today is the place for the bells. The squat bottom section of the tower is square in plan, which is the foundation for the octagonal, two-storey upper part with large windows on each side. 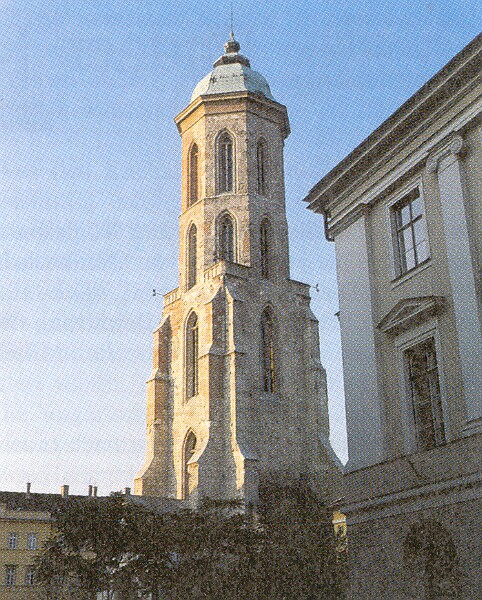 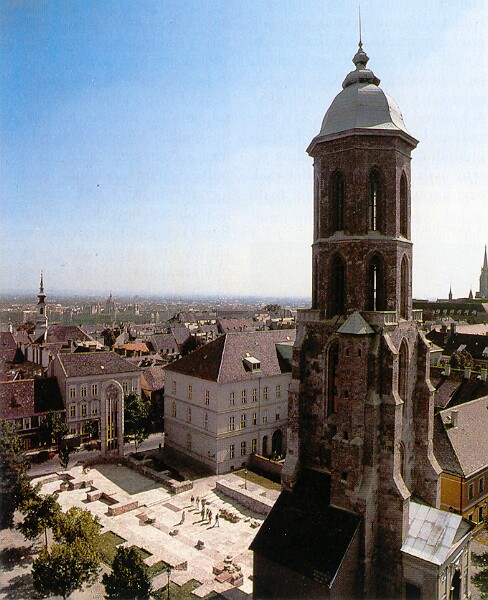