Two-storey corner house with an early neo-Classical frontage and medieval remains located at the southern side of where Kard Street joins Országház Street. It was built in the first few decades of the 18th century by incorporating the remains of the former medieval house, and was smaller size than today. Around 1810 it was enlarged and the early neo-Classical frontage was also built. Around 1920 it was converted to neo-Baroque style. The building's main and side facades are six bays long, with a gate that opens in the third axis from the left. It's a three-centred-arched gate with no stone frame. In the northern wall of the gateway remains of a medieval doorframe can be found.

On the side facade of the building a memorial tablet is placed with an inscription remembering the former eponym of the street: "Lajos Hatvany 1880-1961, writer, critic, Kossuth Prize holder literary historian, generous supporter of progressive literary aspirations. During the democratic revolution in October 1918, he was a member of the National Committee and one of the founders of the Vörösmarty Academy." 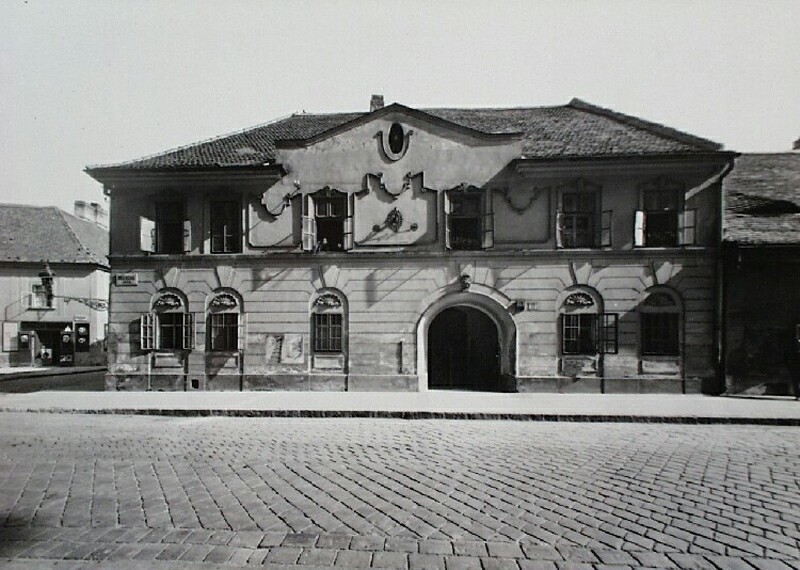