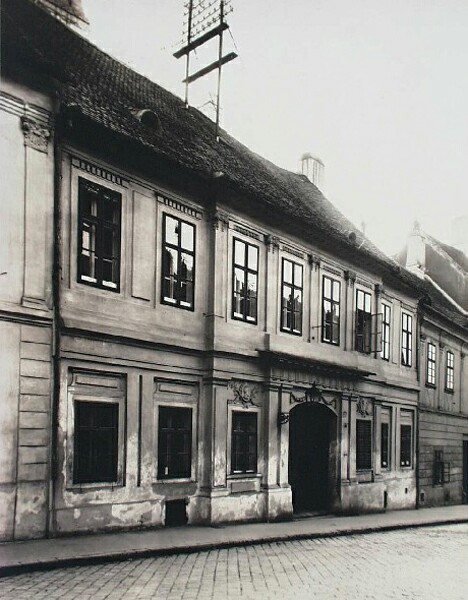 Two-storey Baroque Classical house with a richly decorated frontage and some traces of medieval features. Most of the original medieval house that once stood on the same site was destroyed during the 1686 siege, only certain parts of the ground floor escaping the destruction. In the period between 1780 and 1807 significant restructuring took place, following which the building remained almost unchanged right until the siege in World War II. Damage to the frontage was repaired first, and following this further renovation work took place in 1966.

The main frontage is enlivened by a three-membered string-course and an entablature as well. The building's structure of aperture on the ground floor is different from that of the upstairs: three windows, a gate and another three windows are set in the former, while eight windows are set in the latter. The frontage is vertically divided by a middle projection. Baroque Classical festoon ornamentation can be found above the segmental arched gate placed between two pairs of Doric pillars. In the section above the window frame, there is a medallion embraced by festoon and foliage ornamentation, and decorated with two male heads, facing the gate: the one on the left is hatless and in a classic profile, while the one on the right is wearing a turban and has a moustache. Between the four second storey windows there are Ionic pillaster strips with festoons. Above all second storey windows lintels with dentils can be observed.

On the left hand side of the three-centred arched gateway of the building an arcade, an archivolt and a doorframe are located. On the wall opposite, a double cusped-arched Gothic sedilia appeared. 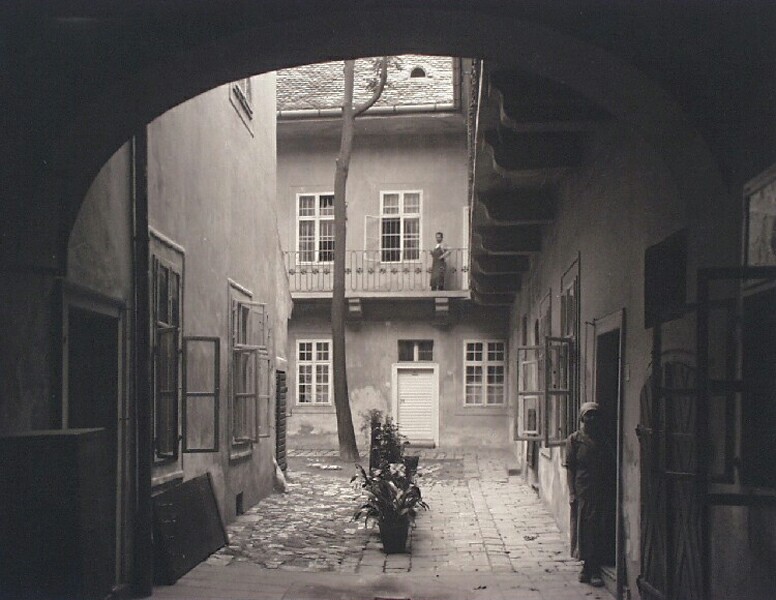 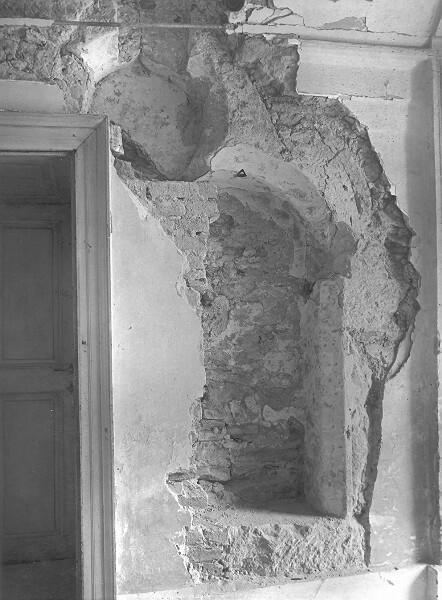 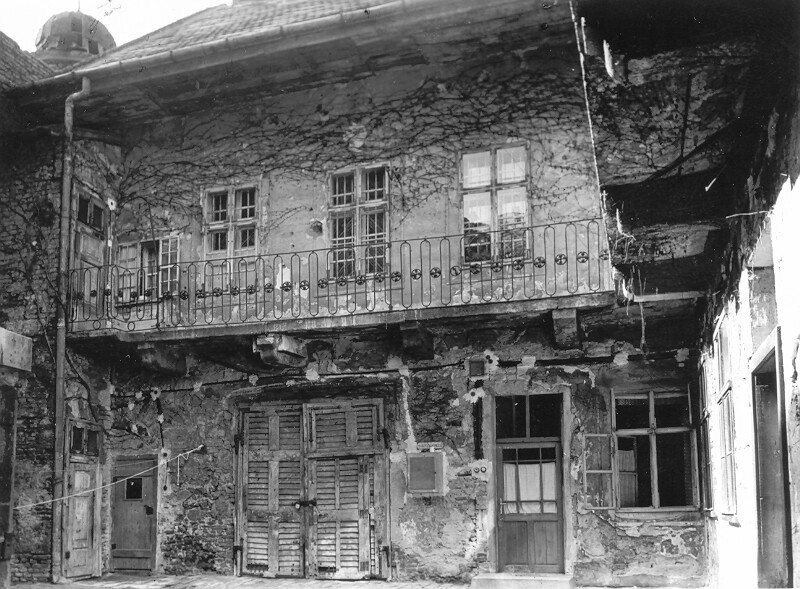