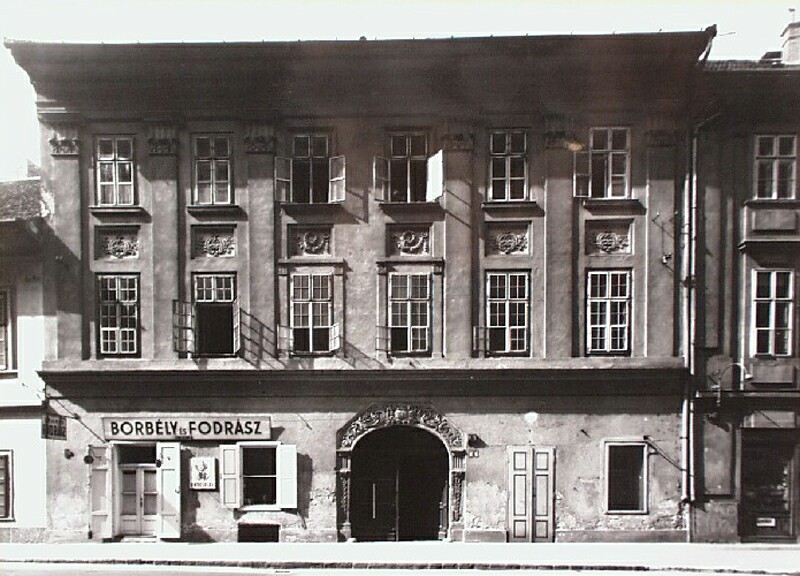 Three-storey building originating from the Middle Ages and partially from the Baroque era. The building's two-storey antecedent was built soon after the re-occupation from the Turks with an entrance placed slightly north from the axis. This three-centred-arched gate was once one of the most beautiful stone-framed Baroque gates in Buda with a rich banderol ornamentation, and with the monogram H.G. in its centre. In 1822 the building was rebuilt in neo-Classical style and an extra level was added to it. The house was rebuilt and modernised in 1968 after severe damage caused by the II. World War. Only two curbstones have remained on the frontage together with the stones of the quoins that used to separate the house from the neighbouring building. The simple design, round arched sedilia in the gateway are preserved in good condition: one on the left, and a group of three on the right. 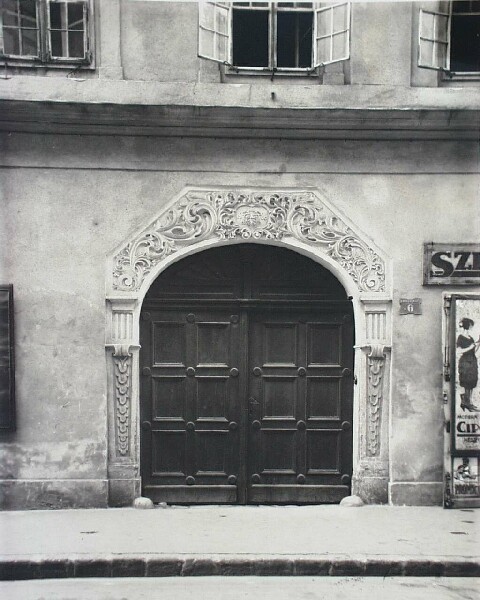 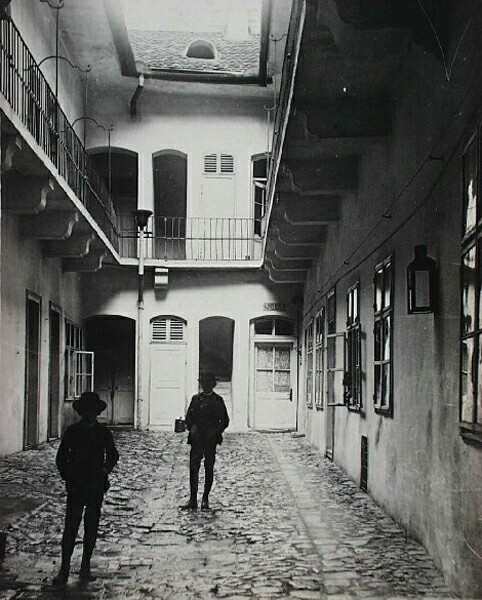