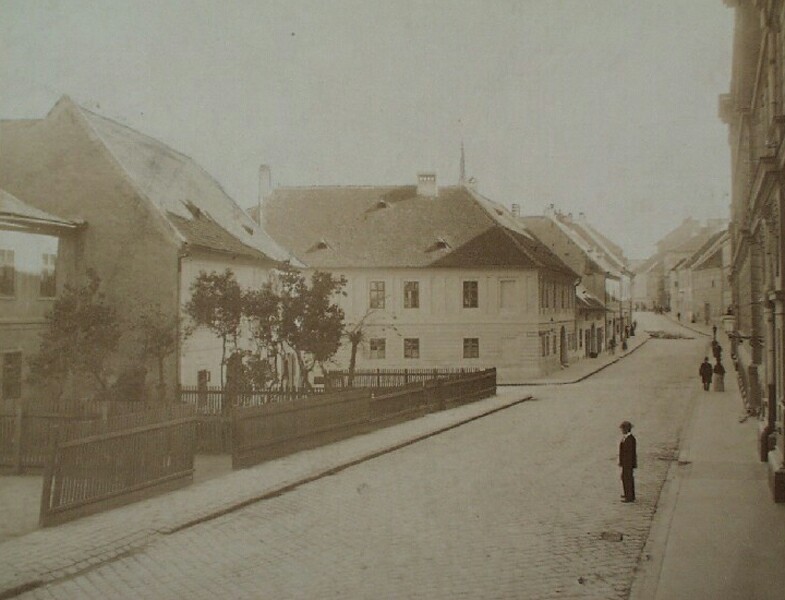 This is a straight street running from north to south alongside the northern part of Castle Hill. In its current form it expands from the castle wall to the Szentháromság (Holy Trinity) Square. Its medieval itinerary was somewhat different: as the area was built-up at the time, it did not stretch beyond the line of the Maria Magdalena Church to the north. However, it was longer towards the south and joined directly to the medieval predecessor of today's Tárnok Street.

In the Middle Ages at least part of the street was referred to as "a plate a Italica" (Italicorum) - Italy Street, the street of the Italians, but it is also mentioned as Platea Olazwcza. Naturally, this name was given because of the Italians who used to live here. At the beginning of the Turkish era it was called Italian Street (Mahalleszi), and later, as the only public bath of the Castle district was located here and was joined to the Hamam djami, it became Hama jolu (Bath Street).

After the re-occupation in 1696 the street appears as Böckhen gassen (Bakers Street), which most probably stems from the fact that the property under no.17 was obtained by a baker. The Maria Magdalena Church was given to the Franciscan Order, and their monastery was constructed south from the church. The small lane (Franciscaner gassl) that used to run transversal south from the monastery no longer exists. The northern section of today's Országház Street was named Franciscaner Platz (Franciscan Square) at the time.

The continuation of the street north from Kapisztran Square - which at the time was referred to as Kayserliche Preche, the Imperial Gap - did not exist at the end of the 17th century. A large area covered with soil occupied this space, which formed on the site formally occupied by a defence line constructed when houses were destroyed during the siege of the re-occupation. This was the most heavily assaulted part of the Castle district, and even the outer castle wall slightly to the west was damaged. This gap broken into the wall inspired the name of the area south from the square. 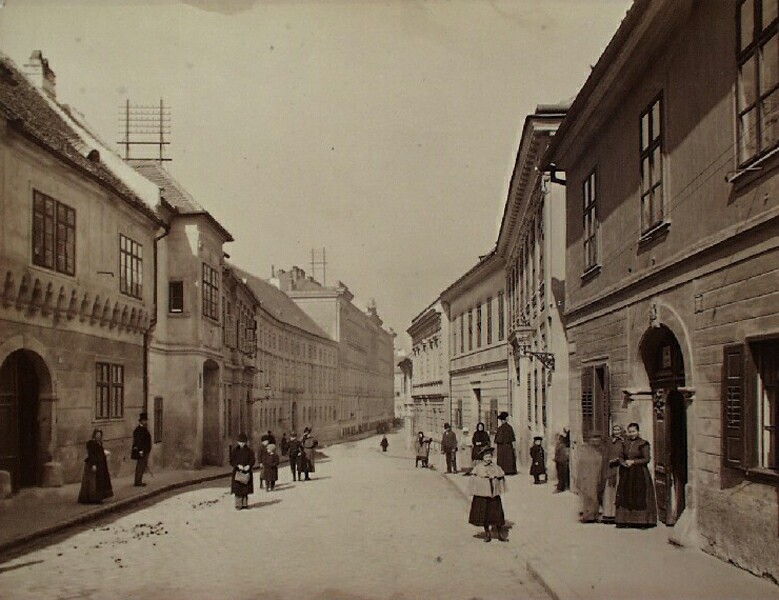 The empty building complex of the Clarissa monastery was finally divided between two users: the part on Úri Street became part of the royal hall, while the part on Süto (Országház) Street was given to parliament. The construction of the latter took place in 1785 based on Franz Anton Hillebrandt's design. This included representative chambers for both the House of Commons and the House of Magnates (today: No. 28 Országház Street). The country's archives (the archivum regnicolare) - which was the predecessor of today's National Archives - as well as the national treasury were located here. The house south of the building (No. 26.), which was already part of the Clarissa sisters' monastery, was converted into an official residence during this period. Only three parliamentary sessions were held in the building: in 1790-1791, in 1792 and in 1807. After the first session the street was referred to as Landhaus Gasse (Parliament) as opposed to its former name of Süto Street, and this has remained the name of the street today until today.

Four years after the Clarissa Order was dispersed, the Franciscan Order met the same fate: the building complex of the empty monastery and the church was given to the provincial court of appeal and the central archives. Following the death of Joseph II both institutions were dissolved, which left the buildings without a function. From 1791 the building hosted various offices and the church re-gained its sacred function in 1796, when it was returned to ecclesiastical property. 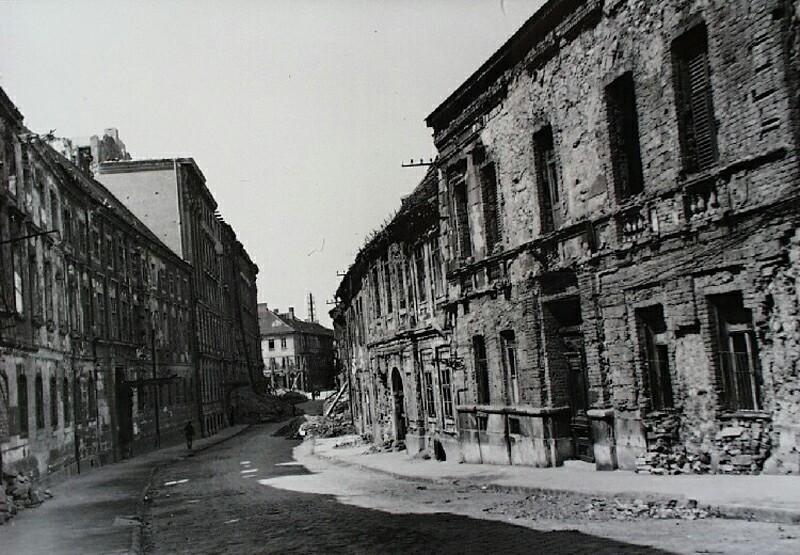 Initially in its function, and then later architecturally, the history of the former Franciscan monastery gradually began to be interwoven with that of the Clarissa monastery located to its south. In 1794 the buildings of both monasteries were given to the Council of the Governor-General. In the 1820's, the two separate buildings were jointed by a long annex on Úri Street. The gigantic building complex, which from the north closes the block between Úri and Országház Streets (No. 26-28-30-32 Országház Street), came into being as a result of the construction work which began at this time. From 1867 until the end of World War II, the Ministry of Home Affairs used the building. Currently, various institutions of the Hungarian Academy of Sciences operate among its walls.

At the southern end of the street, on the site flanked by Országház Street - Szentháromság Square - today's Hess András Square and Fortuna Lane, the massive neo-Gothic building of the Ministry of Finance was erected from 1901. By the construction of this mansion the forming of the street's southern end became complete.

Returning to the northern part of the street, which goes beyond Kapisztrán Square today (former Ferdinand Platz) the corner house standing on the eastern side (No. 9 Nándor Street) was built around 1830, and the other, larger corner house on the western side around 1840 (No. 1 Kapisztrán Square). Both houses were constructed on a site which had previously been part of the fortification system, and these buildings formed the continuation of the street. The latter building became the property of the treasury as early as 1855, and for a long period the State Press operated here obtaining the other building in 1954. The corner building standing on Kapisztrán Square came under the management of the local government and was converted for use as the City Hall.