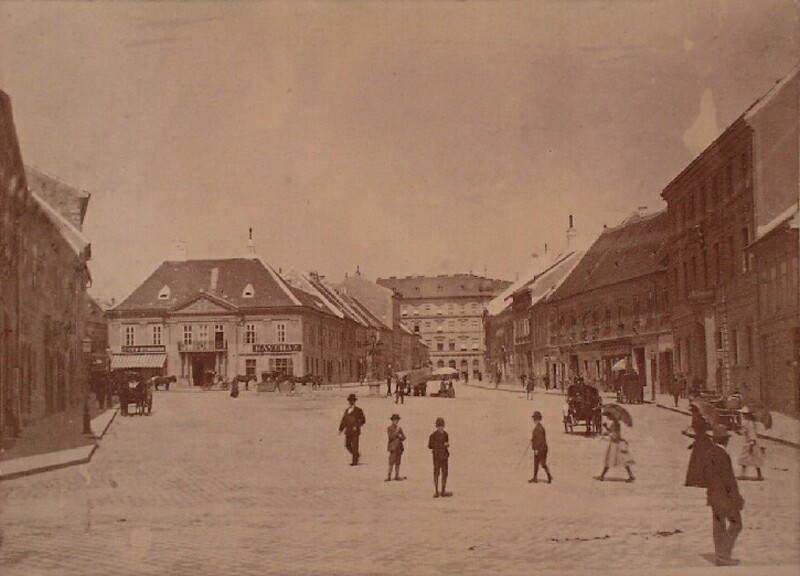 The square was developed in the Middle Ages from the market place of the middle town mainly inhabited by Germans. The former market place was significantly larger than the one of today. In the second half of the 14th century, King Louis the Great ordered the building of a chapel in honour of Saint George at the northern side of the square. From this point onwards, the square was referred to as Saint George Square or Saint George Market. (The Saint George Square of today is not identical with the above discussed one). During the Turkish occupation the church was turned into a djami, and soon after the re-occupation, the ruins of Saint George Church were demolished.

After re-occupying Buda from the Turks the square was considered as the main square of the fortification and was therefore given the name Haupt Platz. Soon after the siege the building of the castle headguards (the Hauptwacht) was built on the southern part of the square. Since the army used to parade in the square, it began to be referred to as a Paradeplatze - Parade Square (initially in 1728). 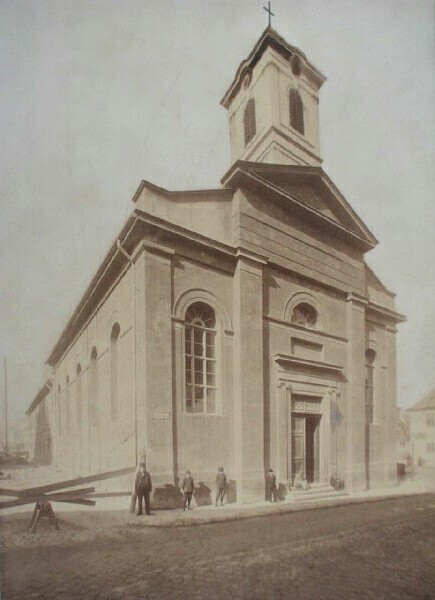 During the 18th century the former medieval buildings of the square were replaced by one and two-storey Baroque and Baroque Classical houses and mansions. Some remaining examples of these buildings at the eastern and western sides are still determining the appearance of the square. (No. 3.,4.,5., and 10. Dísz Square) The first significant alteration took place on the southern side: the Baroque building of the headguards was demolished and replaced by the building complex of the Lutheran Church and school. Soon after this the church was also demolished and the gigantic block of the Army Headquarters was built on the site between 1895 and 1896. (No. 17 Dísz Square)

The Hungarian Soldiers' Memorial commemorating the re-occupation of Buda Castle in 1849 was erected on the northern part of the square at the same time. Houses that used to stand in the southeastern corner of the square were demolished in 1900 (No. 1 and 2 Dísz Square) and replaced by the Red Cross building. (The Foreign Ministry used this building until 1945.) The one-storey Baroque Classical mansion in the northern section of the square was also demolished in 1910 (No. 8 Dísz Square) and a four-storey lodging-house was built in its place in Art Nouveau style. In 1930 a neo-Baroque building was erected at No. 6 Dísz Square.

The square's overall look and complexity was very badly damaged during the 1944-1945 siege. The building block of the Foreign Ministry at 1 Dísz tér was entirely destroyed (its place is still empty), and so was the lodging-house at No.8., which has been replaced by a new building. The upper floors of the Military Headquarters building were also demolished. Similarly, the building 18 Dísz tér which was the headquarters of the military bishopric, was also removed and the area is now utilised as a public park and is called Bishop Garden. 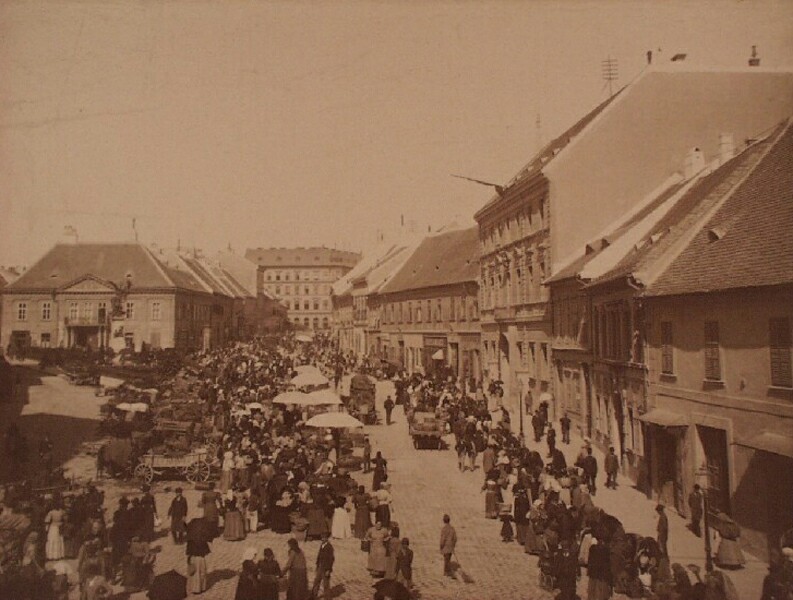 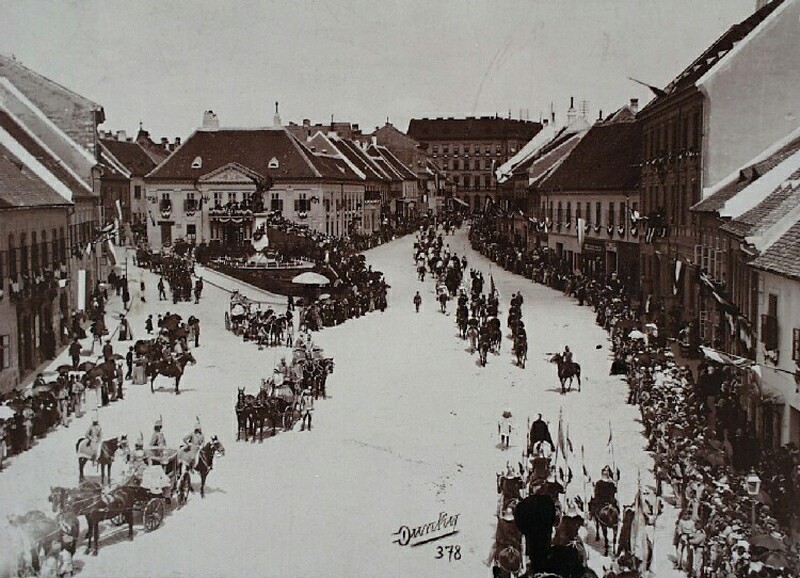