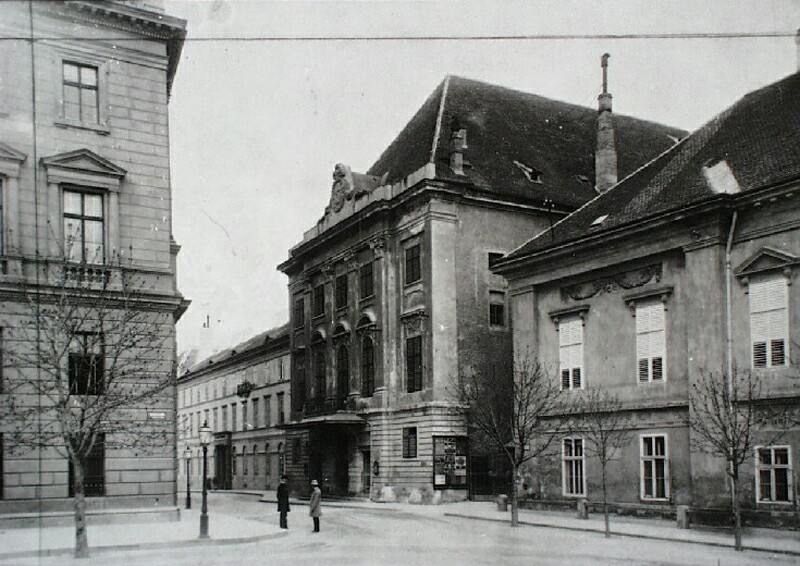 This is a short street at the southeastern part of the Castle, located between Dísz (Parade) and Szent György (Saint George) Square. The predecessor of this street in the Middle Ages was a lot longer, and led across today's Saint George Square (which at the time was a built-up area) and continued in the direction of the Royal Palace. Its most southern section was terminated after the construction of the Palace's northern outer wall. Its medieval name was given after the Franciscan's Saint John Monastery, which was already standing here around 1270: the monastery's church used to be located on the site of today's Castle Theatre and the living quarters on the site of the Sándor Mansion. The street's name in the Turkish era is unknown. What is known is that residence of the Turkish pashas, the Pasha Palace was located here on the site of today's Carmelite Court. The street's southern buildings were already in ruins by the end of the Turkish era, and this started off the process of the Square's formation.

After Buda's re-occupation from the Turks a section of the eastern side of the street was given first to the Carmelite Order and then to the Jesuits, who during the 18th century constructed their Szent József (Saint Joseph) monastery here. Named after this event, the street was for a long period referred to as Carmeliter Gasse. Following the suppression of the order, the monastery's church was turned into a theatre (1787), - which with some interruptions in between, - is still operating today. The Theater Gasse - Theatre Street name has been used since this event. At the southern section of the western side of the street burghers' houses stood for a long time, while at the northern side, first a military camp, then an Evangelical Church was located. Between 1879 and 1896 these were replaced by the building of the Ministry of Defence - Military Headquarters, which suffered heavy damage during World War II. The southeastern section of the building block was destroyed to its foundations, while only some floors were destroyed in other parts. This building, which is half in ruins, is still awaiting restoration. 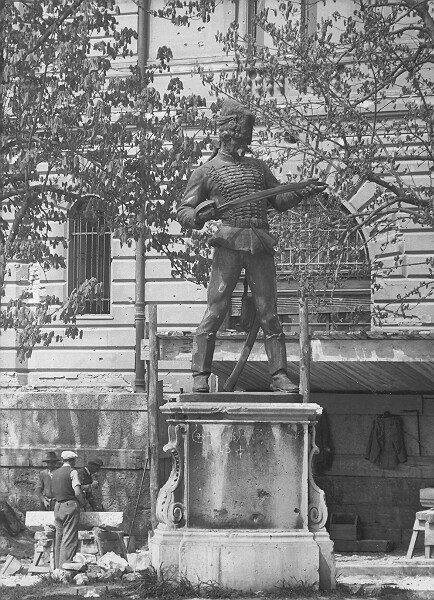