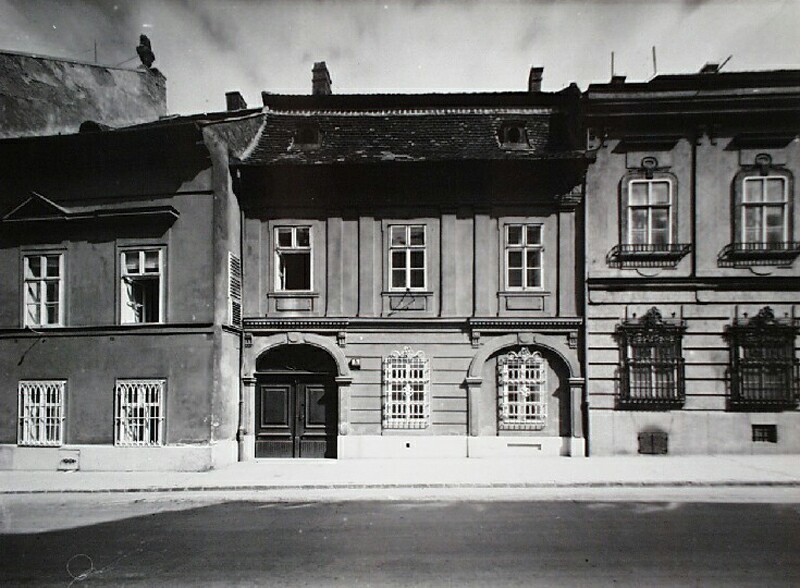 Small, two-storey house with a Baroque Classical front, built on the ruins of a medieval house at the beginning of the 18th century. However, most features that are visible today date back to its rebuilding in 1785. Further alterations took place in 1895 and in 1934. The building suffered only minor damage during the World War II, and its restoration was carried out in 1965.

The unique feature of the narrow, three bays long frontage is that a three-centred arched stone gate frame is placed on each of its sides, and of these the one on the right is only a decorative element, while the one on the left is the actual entrance. The two stone frames are further emphasized by the string-course above them, ornamented with dentils. The beautiful Baroque Classical lattice-work on the ground floor windows is worthy of note. In front of the southern front of the courtyard a corridor runs along, which rests on stone consoles and is provided with a Baroque Classical banister lattice.