The Turkish Fortifications of Buda 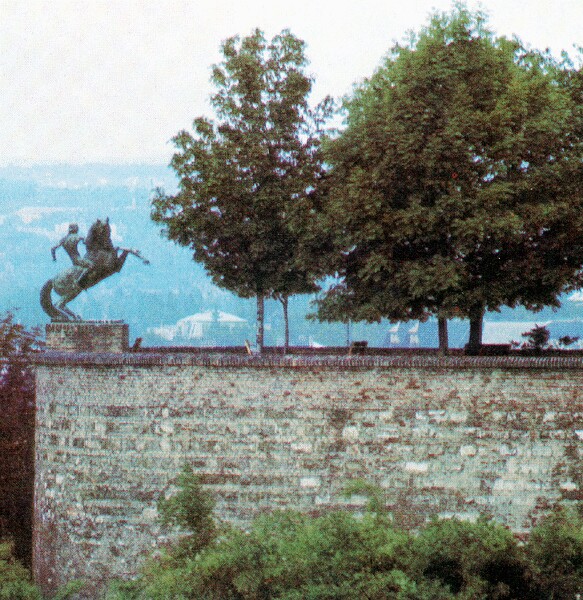 Besides the buildings that ensured the peaceful life of the town, there were military buildings as well. The Turks paid great attention to the construction and maintenance of fortresses, since Buda was one of the most important western strongholds of the Turkish Empire. The former royal palace at the southern end of Várhegy was a huge military base. The fortifications here had hardly been changed. The round bastion in the southernmost part, the big, southern Rondella, which was called Büyük frengi kulesi (The Big Frengi, i.e. the Frank tower) in Turkish, was built in the time of Szapolyai, but was nevertheless ranked among the modern ones. Its shape was used in Turkish fortress architecture for a long time, and occasional repairs were only made when necessary. It is possible, however, that the huge Water rondella - which stood on the southeastern corner of the complex, but has since disappeared - was a bastion built in the Turkish era. However, since no excavations have been made, this is only a theory. The Mace tower on the southwestern corner was built in the Sigismund era, but was not considered modern even then. In spite of this the Turks kept it - and called it Küchük frengi kulesi (Small Frengi tower) - and merely thickened, i.e. coated it. The latest archaeological research seems to confirm the Turkish origin of the Pasha Karakas tower (Karakash pasha kulesi) situated on the northwestern part of the palace. 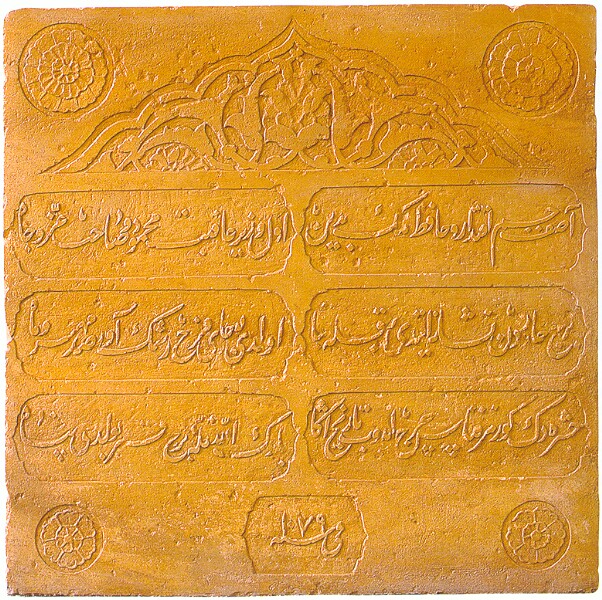 Apparently the rondellas of the western town wall - starting from the northern closing wall of the royal palace - as well as the ones on the northern town wall gained their basic form, which remains the same today, in the era of the Turkish conquest. Although in almost every case precedents in the Szapolyai era or even before are also possible. Moving to the north from the closing wall, one can find the Ova kapusu (Field gate), i.e. the rondella defending the predecessor of today's Fehérvár gate, the Kasim pasha kulesi. Khasim pasha kulesi, i.e. the rondella screening the Ova kapusu, the predecessor of today's Fehérvári rondella. The next one is the Ekhsi ash kulesi (Sour Soup tower) and then comes the Veli bey kulesi (Veli bey tower). The last one is the Toprak kulesi (Earthen tower, with other words: Mud wall built "tower", or rather: bastion), i.e. today's Esztergom rondella, standing in the northwestern corner of the town. To the east of this can be seen the Siavus pasha kulesi and the Murad pasha kulesi, then the town wall joins the Bécsi gate (Bech kapusu), which originates from the Turkish name and still used today. On the other, eastern side of the gates an outer town wall was built in the Turkish era, from which a bastion stood out to the north (Mahmud pasha kulesi). However, this curtain-wall and the bastion were completely demolished in the 19th century. The town wall of the north side ended in the northeastern corner, at the Erdély bastion (Erdel kulesi). As opposed to former ones, this bastion - which was originally built by Szapolyai - was not round but polygonal, after the Italian fashion. At later dates it was enlarged several times, but without excavations the scale of alterations excecuted by the Turks cannot be defined. To the south of this there were two more bastions built next to each-other on the eastern town wall: the precursors of the Halászbástya (Fishermen's bastion). The one on the north protruded out sharply and there was a round tower at its end. The Turks called it Haber kulesi (Sentinel tower). On the section of the town wall to the south from the double bastion the role of the bastions was substituted by the fractioned, sometimes protruding line of the wall as far as the eastern town gate, which was called Su kapusu (Water gate) by the Turks. 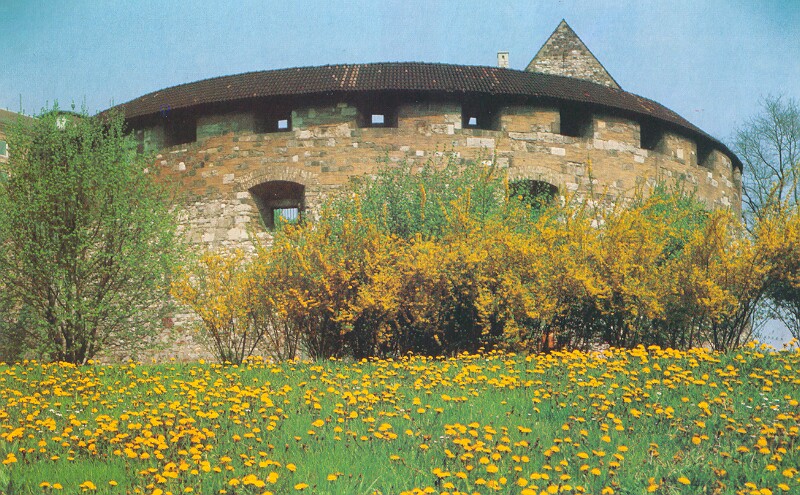